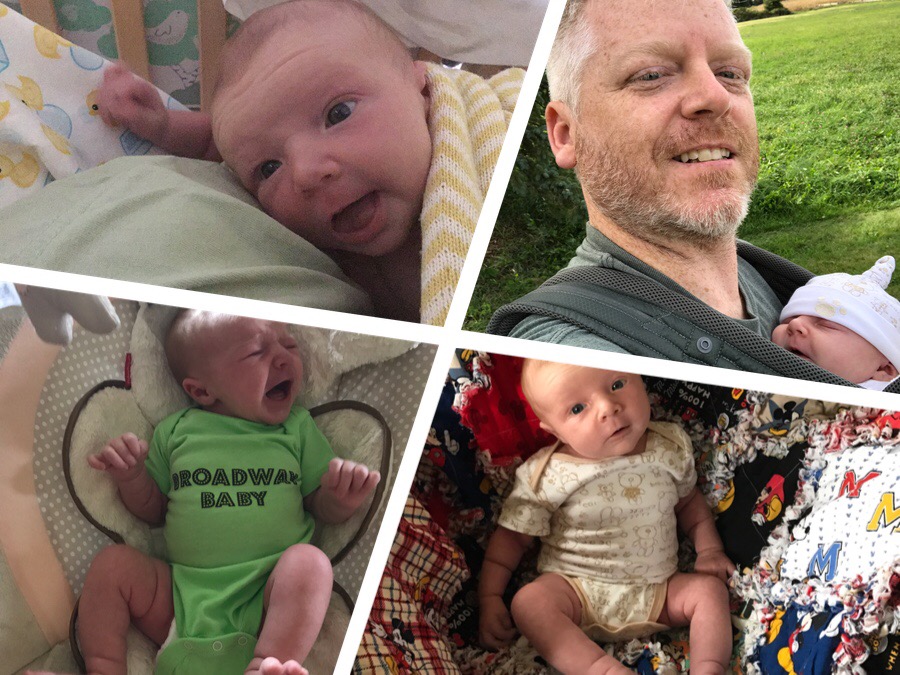 It’s amazing what you don’t know until you know what you didn’t. Although I was around and somewhat helpful for the baby years of my two oldest nieces, there is so much to learn about babying.  Here are the top five things I learned about fathering so far that has made life easier for me and my family so far:

The midwife appointment was routine or so we thought. My wife was 41 weeks and being a week over due, Amy, our midwife recommended we get an ultrasound to see what the hold up was or to give us any other insight. We got the results and Amy went through them with us and she said the baby’s left kidney is enlarged severely and recommended we induce labor to get a look at what’s going on.
My wife is very proud that she is doing the natural route and siding that pregnancy is not a condition or disease, it is a stage of life that shouldn’t be treated but it should be maintained. If you have a Corvette you are not going to change the engine in it to run slower because it is safer for everyone to have the same engine. You are going to race that thing and show what it can do if you are able to.  Granted not everyone has a race car as their body, but if you can use the car for what it’s for, you should. Pregnancy in some can be dangerous for the mother and baby and that is why many things are done to all women.  Typical medical professionals give all the women the same engine.  Women have the right to decide what is best for them and their baby. I also believe that the father has this right as well. I know… I know… it is not in a father’s body, but it is the father’s child as much as it’s the mother’s child and it is criminal to not let men have a say in the health decisions of their kids while in the womb.  I don’t want to get on the whole life versus choice debate but if it is a choice, it is a family choice.  I digress…

So after a day of contemplation, we decided to go to the hospital on Saturday night to start an induction to meet our little princess.  The induction would be a two stage induction, with my wife already at 2-3 centimeters dilated we would need a ripener to make the cervix a little more elastic.  This took 12 hours to complete and was not comfortable for my wife to have done and be able to sleep.  So she was up.  Luckily the ripener did the trick and before the next part of the induction could be administered she started to have contractions.  This made my wife very happy and put her back on the plan of a natural child birth.

She continued to labor with contractions getting increasingly painful and by 9pm she was in full pain mode but still not dilated enough.  Our midwife suggested a pool and a little 3 foot deep pool was erected in our stuffed hospital room.  My wife felt better in there and was able to rest between contractions better.  I was ordered by our doula, Meg, to take a nap.  So I put the patented hospital chair-bed next to the pool and dozed for three hours.

When I awoke it was time for my pruned wife to get out of the tub and to have her cervix checked to see how far she was dilated, she had progressed to about 7 cm but not far enough start pushing.  It was at that point that our midwife said maybe it’s time for Pitosin.  Pitosin is the second part of the labor inducer that we thought we skirted away from.  It brings on heavier contractions.  I couldn’t imagine her going through heavier contractions than the ones she was already having.

People always say what amazing pain women go through to give birth and you never really understand it until you are in the situation.  I can only understand it though from my perspective of observer and coach.  I doubt I could endure such pain.  It was hard enough to allow it to keep going.

She started getting more and more contractions and after a while she was at nine cm and it was time to start pushing.  Our midwife thought the pushing would release the last part of the cervix. (which it did…eventually)

After an hour of pushing, the pain was too much and nothing was being accomplished, so the midwife said it was time for an epidural.  It would help to release tension and maybe that would bring the baby out.  After three more hours of pushing and weening and reinstating the epidural, the baby’s head could be seen but it wouldn’t quite get past the cervix.  It would push there then go back. My wife was not in a lot of pain anymore but after 37 hours she was exhausted.

It was at that point the midwife said it is time for a C-section.  After spending all that time and trying every possible way to have this baby as naturally as possible, it was time to let the surgeon finish the fight.  I was relieved and believe it or not my wife was relieved as well knowing she fought a good fight or raced a good race if we are sticking with the Corvette metaphor from earlier.

They prepped her as much as they could in the room and gave me painters overalls, bootys, a mask, and a hat to wear and took her away.  I had to wait in the hallway until they were done prepping her in the operation room. I was out there at least twenty minutes and I was scared out of my mind.  Alone with every possible thought going through my head.  I had to clear all the negative thoughts and focus on the positives. I will see my baby girl very soon and my wife will come out of this healthy and happy.

They called me in and I went to the front of the table where my wife’s head was at.  There was a curtain blocking the procedure from my nauseous eyes.  I held my wife’s hand and told her how much I love her and that I am excited to meet our baby girl finally.

I had made the comment earlier when we were in the hospital room together that I would do the surgery and the midwife could be my nurse. “If I say scalpel, just hand it to me.”  She laughed and said I better not make the surgeons laugh so they stay focused.  While on the table my wife mentioned this to the surgeon, (one of an all women team in the OR) she started to tell a joke saying she likes to tell jokes and likes funny fathers.  I said I like focused surgeons.  Everyone laughed, but I wasn’t joking.

Moments later through the curtain we could hear crying and over the curtain the baby was presented to us like Simba from the Lion King.

Nine months of pent up feelings took hold.  49 hours of being in the hospital with extreme worry let go when I saw her.

Everyone says their baby is the best and perfect.  They are all right because I felt the same way right at that second.

They weighed the baby and took me over to the the scale and asked me if I wanted to cut the cord.  Initially I said no because of my squeamishness, but I wanted to.  I cut that cord better than any dad who ever cut cords before.

They had to close my wife up and they took me and baby back to the room.  I got to sit with her alone for the first 30 minutes of her life and held her skin to skin.  We bonded.  From then…I am a daughter daddy.